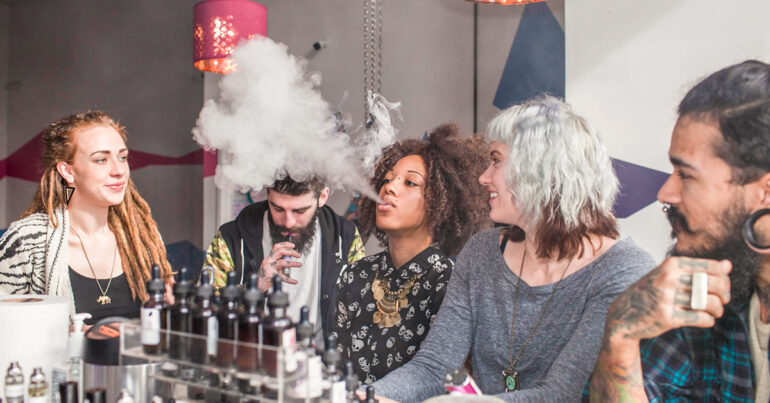 Over the years, I’ve tried a couple of the South Beach Smoke products and I’ve been relatively impressed with them. I was super excited to get my hands on some of their personal vape liquid UK, however – I wanted to see if these bigger types would live up to the hype. Find out what I thought in the South Beach Smoke Storm review!

I’ve used a few South Beach Smoke products over the years and I must admit, they are one of the best e-cigarettes brands I’ve come across. They are slightly more expensive when you compare them to other big names but a lot of the reasoning behind this is because they are a brand favored by many celebrities… In fact, this was one of the reasons I started using them. I’m fickle like that. Plus they look good.

A string of well-known names has been papped out and about, puffing away on this smart gadget. Justin Timberlake has been seen with South Beach Smoke as well as Mel Gibson, Cameron Diaz, Jeremy Piven, and many more…

Will you be the next one on the list? 😉

I had originally tried the classic two-piece designs with South Beach Smoke and I really did like them. I also loved the fact that was everything was compatible with the Eversmoke stuff too. In fact, Eversmoke is the sister company of South Beach Smoke.

Since the classic two-piece days, things have come a long way and there is now more of a demand for the tank/atomizer style e-cigarettes… This time I decided to have a shot at the South Beach Smoke Storm vaporizer.

It’s just shy of $50 – $49.99 to be precise. It’s a pretty hefty bit of kit but even still, when you compare this to similar tanks on the market, it’s actually not a bad price. The VaporFi Rocket Starter Kit, for example, is a whopping $119.99 but you do get five of the atomizers to go with it, plus it’s a 1600mah battery – one of the biggest I’ve come across so far. It’s amazing how far all of this technology has come along over the last couple of years. Back in the day when I first started almost ten years ago, it was the plain, boring, classic two-piece design that looked like a cigarette and lasted just a couple of hours on a single charge. Now you have all this new technology and all these new vaporizers… Honestly, you guys should think yourselves lucky!

Back to the South Beach Smoke review and you get the battery, the atomizer, a USB charger, and a wall adapter included with your starter kit but to be fair, that’s all you really need to get started. Most people that use these tank-style vapes have already used the other, smaller two-piece designs so can fall back on those when this Storm needs to be recharged. You could always add another battery onto the order, of course.

It’s a 650mah battery which is pretty standard, and it’s about 6cm long. I liked the size of it – not quite as big as the VaporFi Pro, but with still enough substance to it. The battery itself feels pretty well built too, plus you can pick your own color!

You can have the standard colors such as red, blue, green, pink, black, silver, etc. but you can also add on a wonderful camouflage one – perfect for the man in your life!

You can even mix and match the battery with the cartomizer to make life even better, although I didn’t really like it when the top was a different color from the bottom. It just felt a bit miss-matched if that makes sense?

The battery itself held its own weight in the e-cig world… Considering it’s smaller than some on the market, this 650mah beauty actually lasted me the entire working day. I started using this at around 7 am when I woke up and it only died at 6 pm, when I got home after work that night.

Taking only an hour or so to fully charge, it’s a great option if you want something easy to use, lasts the distance, and does what it says on the tin!

You do have the option of adding on the bigger 1100mah battery for an additional $3, which is actually a really great deal and in hindsight, I probably should have done this. From what friends have told me, however, it lasts a really long time. My friend John, for example, mentioned that he had been using the same battery for almost a day and a half before it needed charging and that was straight out of the box!

There are a few additional features you can make use of too. For another $5, you can add an LCD screen on the front of the battery so that you know how much juice is left before it needs recharging, as well as how many puffs you have taken on it since the last time it was plugged in.

I love this feature on these vaporizers and I would definitely recommend going for the LCD screen if you can afford that extra five bucks. It makes life easier because you know when you need to have your charger to hand. It’s really annoying to head out thinking you have a full battery, only to realize it’s dying just an hour or so later. You don’t have that worry with these LCD screens – the smart technology lets you know exactly where you stand.

One thing I will say is that not all colors and varieties are available in the starter kit itself, but you can add additional bits on to the order if the one you want isn’t specified. It’s not a major gripe.

I did find that my first South Beach Smoke battery only lasted for about a month before it died on me, but the second one I purchased did last a tad longer so I’m wondering if the first one was faulty perhaps? I’m on my third cartridge so far and I’ve been using it for about four weeks… no sign of reduced battery life or poor vaping so far!

With the helpful little gauge on the side, you can tell how much e-liquid is still in the tank so you won’t get that nasty burnt-out taste. That was one of the things I hated the most about the smaller classic e-cigarettes – you never knew when the filler material inside the cartridge was going to run dry until you got that foul-tasting mouthful of burnt air. It also makes life easier when refilling it too – there have been so many times that I’ve overfilled the closed tanks and cartridges, not sure of quite how much liquid was actually in there.

For the most part, it depends on what liquid you are using to how your throat hit and the vapor will be. If you go for a low-nicotine strength e-liquid, for example, you are only to get a bit of a hit. The stronger liquid will generally mean a stronger hit. I’ve had the luxury of trying a few of the South Beach Smoke e-liquids and I will admit, they are all really pleased to smoke. You can find out more in the South Beach Smoke E-Liquid review too.

When I was smoking South Beach Smoke Storm with their e-liquid, I really enjoyed it. I started with American Red Tobacco but found it was a tad too strong for me. It had too much of gruffness to the taste. The Classic Tobacco was really smooth and reminded me of my usual ‘real’ cigarette smoking experience. One that I didn’t expect to like, but did, was Tobaccolicious. With the vanilla and caramel undertones, it was really enjoyable. I’d highly recommend giving it a try!

I like South Beach Smoke because they are a reliable company. I’ve never had any issues with any of the orders I’ve made with them and for the most part, I’ve been pretty happy with the way it smoked.

They offer a 30-day money-back guarantee if you are not happy with the vaporizer you got, and if it breaks and you are signed up to their home delivery program, you are signed in for a lifetime warranty. If you’re not, things get a little trickier… To be honest, replacement bits won’t break the bank so it probably just works out easier and quicker to buy new parts every now and again.

With free shipping over $100, the started kit plus an extra battery and some e-liquid will take you close to that, and they do have decent accessories range to buy those smartly added extras you don’t think you need but actually do.

You can also make use of their Refer-a-Friend scheme and bag yourself $25 if you think friends, family, and work colleagues will enjoy using the South Beach Smoke e-cigarettes and vaporizers too. That $25 comes in the form of a gift certificate which you can then use to get money off your orders later on. You are even given your own unique little code that you can share on Twitter, Facebook, etc. That’s nice, eh?

As far as e-cigs and vaporizers go, South Beach Smoke has created a product that really can be relied upon in the Storm. It looks good, is completely customizable, and has a range of great features that let’s face it, we were all looking for. That LCD screen might seem like a load of the garbage but you’ll be surprised at how much you rely upon it. The amount of puffs, for example, is a great way to learn when the battery needs to be replaced. When I first started using it, I was getting 550+ puffs but after four weeks, I was only getting 300-odd puffs before I needed to recharge it again. You can learn a lot when you really get to grips with your e-cigarette… You’ll soon learn to read the signs that something is not quite right. 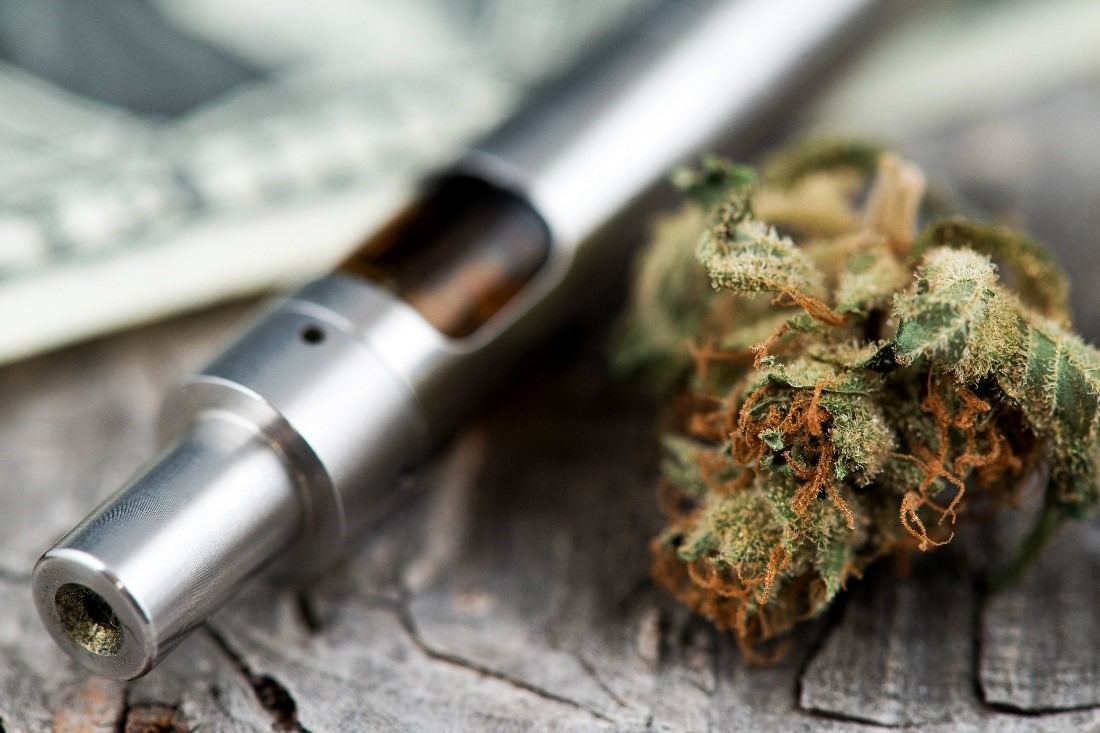 I liked South Beach Smoke Storm and I think you will too if you are looking for something reliable, sturdy, and easy to use. I would go as far as to say that this was a great vaporizer for newbies to start with – those that have been using the classic two-piece standards for a while and are looking for something with a bit more bang for their buck.

Actually, I’m going to give this vaporizer 4.5 stars out of 5. The only thing I would suggest to improve it is to make it a bit more reliable. Although four weeks is still a half-decent amount of time for the batteries to last, I have had some that have lasted for six months or so therefore South Beach Smoke doesn’t quite live up to the mark. Plus, each battery has had a different life span so far and that makes me kinda nervous.

Want To Know More About Massage Therapy? Points To Consider!!!

Can You Treat Tinnitus And Acute Hearing Loss Naturally?

Lose Fat In A Week In A Healthy Manner

Important Tips For Treating Fleas On Dogs And Puppies