Ludacris’ line from the Usher song, “Yeah,” could not better describe Def Jam:

Fight for NY. “We want a lady in the street, but a freak in the bed.” On the outside, Def Jam is a typical, pretty-looking fighting/wrestling game. Utilizing Aki Corporation’s ever-popular wrestling engine, up to four combatants battle it out in a number of urban settings. However, dive deeper in the story mode and begin to fully understand the depth of the combat engine, and you’ve got a freakishly addictive game on your hands. I didn’t play last year’s title, Def Jam Vendetta, but from what I read in magazines and heard from friends, it wasn’t my cup of tea. I’ve never been big into wrestling games other than WCW/NWO Revenge on the Nintendo 64. However, I decided to try this one out, just for kicks. I’m lucky I did pick it up, because what I found was an excellent fighting game, albeit with several flaws. 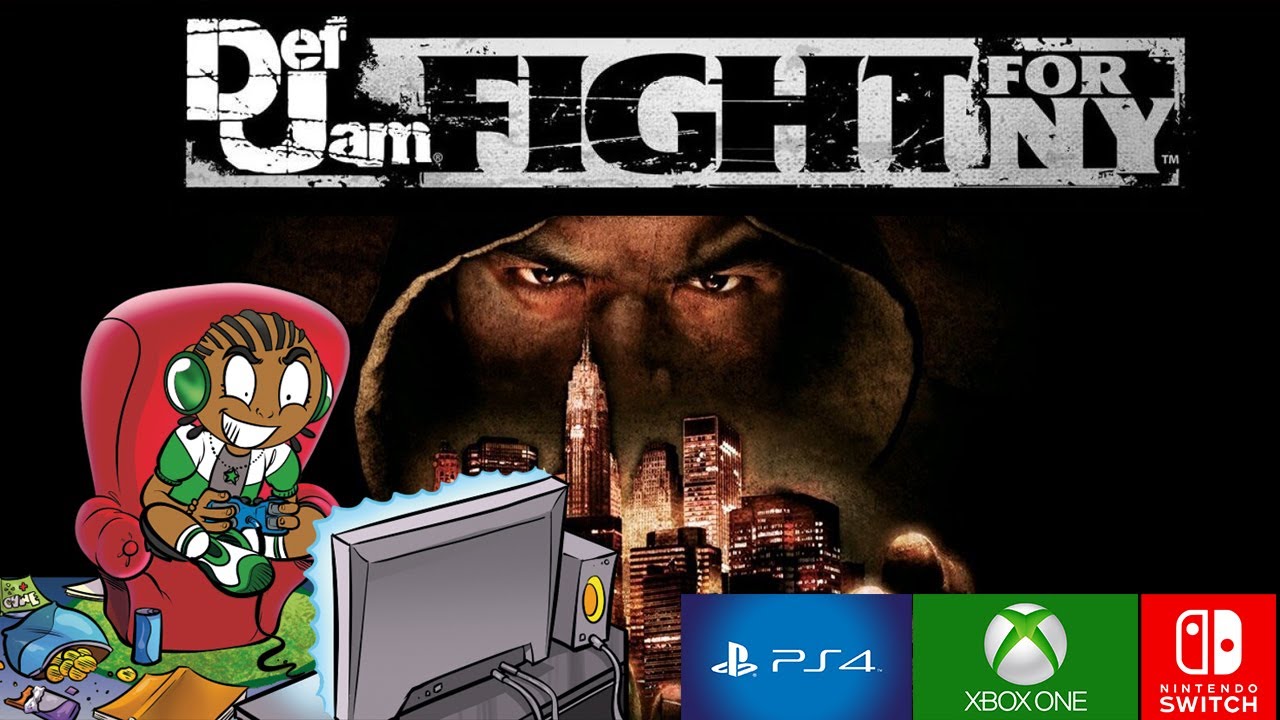 For those unaware of the Def Jam formula, the title combines fighting with some of hip-hop’s biggest stars. You’ll do battle with Xzibit, Ludacris, Method Man, Redman, Snoop Dog, Busta Rhymes and a number of other of rappers and MC’s. However, the star of the show is you. That is to say, whatever character you create. Fight for NY’s story mode begins soon afterVendetta ends. The king of the fight scene in New York, D-Mobb, is being carried off by the police when a black SUV blindsides it, knocking the squad car on end and the two officers unconscious. A mysterious figure then helps D-Mobb escape. This is when your character creation begins. Utilizing a very unique interface, one of the cops is asked to give a description of the suspect (i.e. you) to a sketch artist. In each of eight screens, your body size, face shape, hair color/style and a number of other features are modified to create your fighter. You even have the option of picking a voice for yourself, which can work out to be quite amusing.

After your persona is brought to life, you’re almost immediately thrust into the main game. Your ‘headquarters’ is an apartment building, where you are given a number of different areas to explore. The main area is the map, which lets you either go to one of the game’s many venues to fight, or to the shopping district of New York. There, you can purchase new threads and ‘bling’ to deck out your fighter with, adjust his hairstyle or upgrade your moves and attributes. By winning fights, you are given development points, which can either be used to purchase new special attacks, or to upgrade one of five base attributes. You can upgrade speed, upper body strength, lower body strength, toughness and health so you can have a feel of using GTA 5 Modded accounts where you can have unlocks.

Fight for NY takes the same engine used in last year’sVendetta, but adds a number of noticeable improvements. The greatest addition is the five fighting styles that characters utilize: kickboxing, street fighting, martial arts, wrestling and submission. These five styles add tremendous depth, as you will constantly be studying your opponent to learn how he utilizes his fighting style. For instance, martial artists have a much higher speed rating to begin with, and they are more focused on defense. Therefore, if you are a wrestler, you will need to wait for a pause in your opponent’s attack to grapple him and execute a move.

How To Interpret Naipes Tarot Cards

What makes the drawstring backpacks a great promotional wizard? Find the answer here!

The Fool Tarot Card – What is the fool tarot card

5 Tips For Operating A Game Server!